I always like to put a technical look into the year before and try to summarize it in the first 3 months of the following year.

In 2019, I created 21,940 photos and about 48 videos. This makes 2019 my 2nd most prolific year, behind #1, 2016 (the year where I went skiing for New Years, visited the Big Sur coast in California, spent 5 days rafting down the Grand Canyon, went to the Olympic Peninsula, and spend a month in Australia and New Zealand). 2019 is the first year where my photos used more than 1 TB.

2019 has some smaller events as well. This included a trip to several historic rail roads in Pennsylvania (Jim Thorpe, Strasburg), several trips to the beach, and a Hot Air Balloon Festival in Lancaster.

Unfortunately, I was unable to visit Longwood Gardens for the Christmas Lights this year. Oh well, maybe in 2020.

In terms of cameras used per year, this is the first year my D850/D800 won. In 2019, I clearly preferred my newest camera over the D750 for 2016-2018. These results surprised me, because I thought they would be closer together. I think there is a reason for this, which is revealed in the next section. For the first time since 2009, my D300 is not on the list. Guess it might be time to get rid of it.

The 200-500mm lens was a new purchase for 2019. It was primarily purchased for the previously mentioned Faroe Islands trip in order to chase puffins. This is also the reason the D850 had more photos in 2019 – the autofocus on the D850 is just better, and puffins are notoriously obnoxious to try to shoot. The majority of those 6471 images are of puffins. The rest are, mostly, me attempting to shoot images of the moon.

Everything else was about in line with the usage in 2018.

The breakdown of Camera:Lens Combination is:

I don’t usually look at these results before writing this post. This actually surprises me. The really surprising part is how little I used the D750 last year.

I mentioned this above, but, 2019 was a lot of smaller weekend trips, with a really big trip to the Faroe Islands and another one to Banff.

For the first time ever, I had a non-warantee repair on a camera lens. My camera bag, unfortunately, fell out of my car. The 14-24 lens was damaged and needed to be serviced at a Nikon repair center. It was quite expensive, but the service center did a really good job and the insides work like it was new.

I was not able to meet my goal of learning how to produce videos better nor generating an income from photography. While I realize it is a poor craftsman who blames his tools, one of the reasons I’ve struggled with video is because my laptop, which is a now-3 year old Lenovo, simply struggles too much to make videos consistently.

1 trip currently being planned – Cherry Blossoms in DC in the March-April timeframe.

Goal: Actually start to make some money, whether it is stock photos or something else.

Goal: Update the blog more often. Learn how to use Gutenberg, which has replaced the old WordPress post editing system.

Goal: Work on learning how to make videos, maybe even launching a YouTube channel.

Stretch Goal: Work with a brand to showcase their gear in amazing locations.

To the future-
-Brad 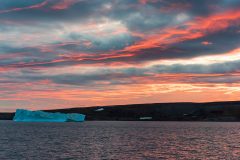 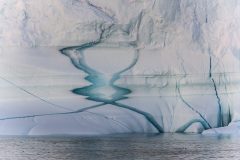