A Look at the Nikon D8X0

If you don’t want to read too much, just look at the photos and that should tell you why I like to use the more rugged type of camera. 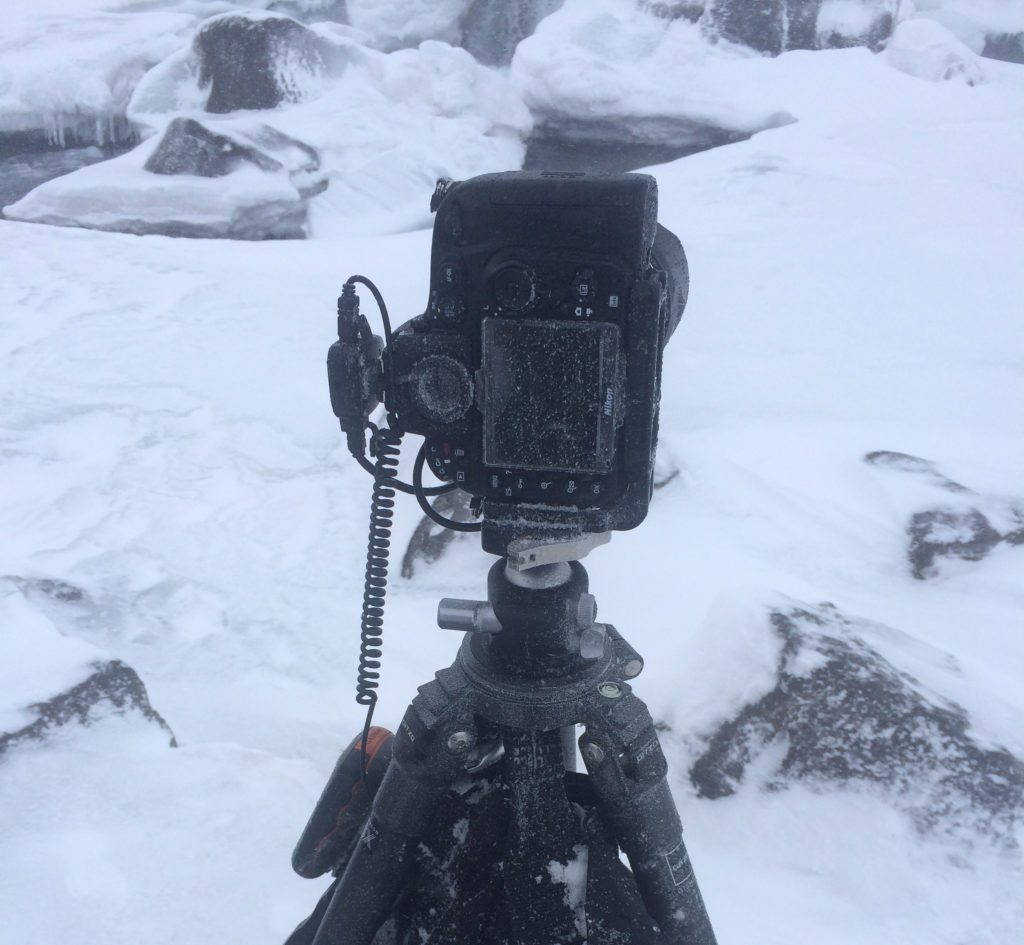 Despite how cold it looks, the cameras kept working the entire time.

The locations on these images are – Iceland: Thingveller National Park on a cold day and Pennsylvania in a snowstorm.

The only time I’ve had the camera so cold that they stopped working properly was in Banff, AB, Canada in a pre-dawn December photoshoot.  It was around -1F/-18C.  The camera was fine, it kept shooting, I could change lenses freely, but the LCD screens stopped working at full speed.  The screen on the back began to run at around 2-3 frames per second, and the touch became a little finicky.  Unfortunately the LCD displays inside of the viewfinder also began to stop working.  The autofocus system was unaffected and I had to trust that the camera would keep working right.  It did.

Going to the far away places

More frequently than one may think, I find myself in situations that are somewhat extreme for my camera gear

From frozen lakes in Iceland to the various streams and rivers that feed the Colorado River, I’ve taken my camera equipment to some amazing places – and many places where the gear was at risk of damage.

*Knocks on wood* so far I’ve only had to send gear in for non-warrantee repair once.  This was when someone who shall remain nameless moved my camera bag without telling me, and it fell out of my car in the parking lot of a Walmart.

On my trip through the Grand Canyon, I did my best to try to damage my cameras.  I can fortunately report that the cameras did not drown.

Even getting caught in rain storms is not enough to damage these cameras.  The images above are from two  different trips, one to Finland and one to New Zealand’s South Island.  Both times I was caught outside in a rainstorm, and both times my D800 was perfectly fine.  I didn’t even fully dry the camera off, but I did wait for it to dry before trying to change lenses.

Rugged cameras certainly have their place, and they definitely increase the cost of the camera.  But the ruggedness really helps in many situations.

Or in other words, when you need it, you need it.  But most people probably don’t need it.